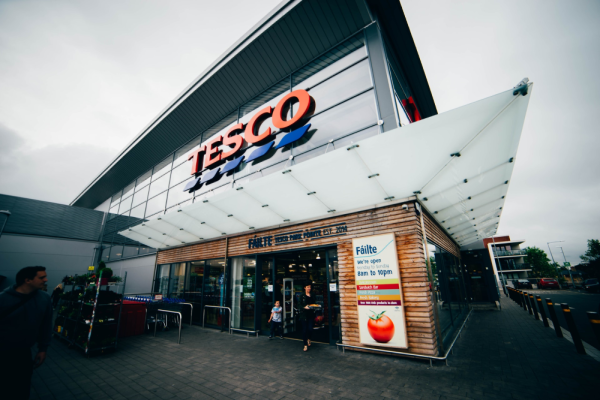 Supermarket giant Tesco has announced a major green electricity project, including the installation of solar panels on 187 of its sites covering 335,000m2.

The project will also include a ground-mounted solar farm and five onshore wind farms. In total, the new projects will generate enough power for the equivalent of 140,000 homes.

A number of different companies are involved in the project, including Macquarie’s Green Investment Group (GIG) which will own and operate solar panels on around 20 sites. GIG managing director Andrew Gray, who is responsible for the deal, said GIG is excited to support Tesco.

“At a time when subsidies for solar PV are starting to come to an end in the UK and around the world, our team has continued its effort to deploy solar PV systems to help reduce carbon emissions as well as energy bills for our customers.”

The installations will be made up of 15,000 solar PV panels, with a capacity of 5MWp. The roof mounted solar projects are particularly key to Tesco’s goals, as it is aiming to produce 10% of it’s electricity onsite by 2030.

“These exciting projects also demonstrate our ability to develop subsidy free solar and wind in the UK as well as underpinning the important part these technologies play in de-carbonising the UK electricity system to reach the country’s net zero targets by 2050.”

The other two PPAs signed by EDF will both be wind farms in Scotland, with a total capacity of 54MW. One will be a 10.8MW extension to the Burnfoot East wind farm project, and the other will be a brand new farm with a capacity of around 43 MW, the details of which will be announced later.

Further PPAs have been signed by BayWa r.e. and ScottishPower, to provide power to Tesco from windfarms in Scotland.

Gordon MacDougall, Managing Director, BayWa r.e. UK said they were proud to be partnering with Tesco at their Inverclyde Windfarm. “With construction underway, we are delighted the windfarm will help Tesco move a step closer to achieving its renewable energy goals.”

The projects will help create 400 jobs, save 90,000 tonnes of CO2 per year and help move the company towards becoming zero-carbon by 2050, after it was the first FTSE 100 company to set such a target.

Jason Tarry, Tesco UK and ROI CEO, said that the project represented a “major milestone” in the company’s plans to use 100% renewable electricity by 2030.

“Our supply chain and long-term business sustainability depend on the health of the natural environment. Our customers and colleagues expect Tesco to play its part in caring for the planet.”

Tesco has already made a number of moves into developing its renewable capacity, after Solar Power Portal exclusively announced in January that it was planning a major rollout of solar on the roofs of its stores in the UK. The company has since signed a PPA to install around 5MW of rooftop solar PV, as well as entering into a trial looking at the potential of using its refrigeration capacity to provide frequency response.